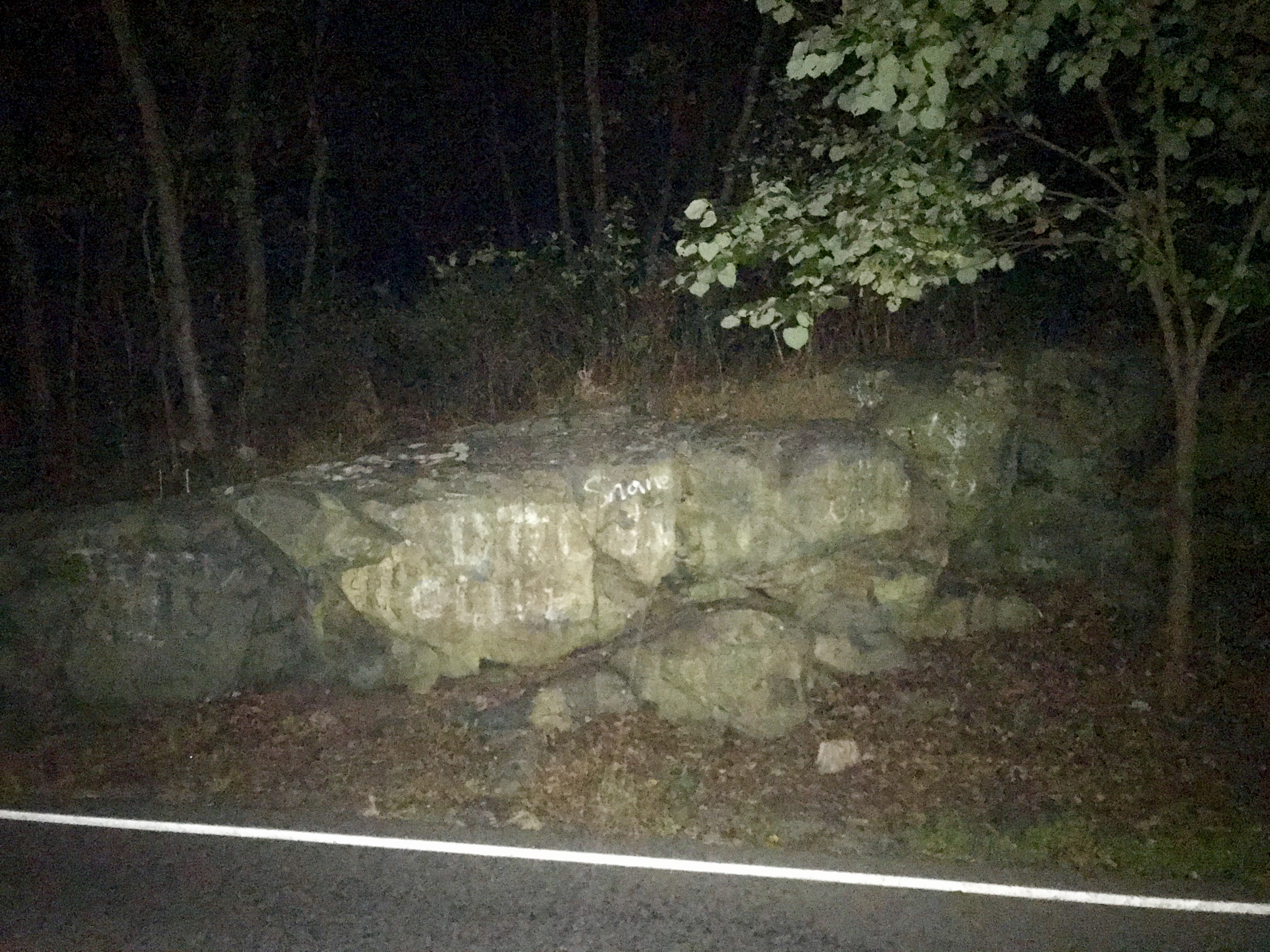 On December 1, 1974, TWA Flight 514, bound for Washington from Indianapolis, crashed into the peak of Mt. Weather in Upperville Virginia. The Boeing 727 had been diverted to Dulles due to poor weather conditions. On its apparent approach, the jet hit a 10-foot-high rock ledge at 180 mph, exploding on impact, killing all 92 persons onboard; 85 passengers and 7 crew.

A Not So Secret, Secret Facility

The 3-mile underground facility at Mount Weather was no secret to me. Lead Investigator of QCCR (and my fiance), Mike Biery, worked at the facility for several months back in 2017. While I’ve not entered the facility personally, I was aware of the fact that it sat quietly in the mountains of Northern Virginia, practically in the middle of nowhere, accessed by a 2-lane country road.

“Established in 1959, and located in the Blue Ridge Mountains near Berryville, the Mount Weather Emergency Operations Center is a command facility in Virginia, some 55 miles from Washington, D.C., and is used as the center of operations for the Federal Emergency Management Agency (FEMA).

Also known as the “High Point Special Facility”, the facility has become a major relocation site for the highest level of civilian and military officials in case of national disaster, playing a major role in U.S. continuity of government (per the Continuity of Operations Plan), and also the location of a control station for the FEMA National Radio System, a high-frequency radio system connecting most federal public safety agencies and U.S. military with most of the states.” Reference: check-six.com

When Flight 514 crashed into Mount Weather and the rescue search ensued, the secret facility was no longer a secret. Despite the attention garnered from this tragedy, there is no memorial placed on the impact site just 1.5 miles away from the underground complex. (There was a plaque that listed the names of the crew and passengers, placed at the site, but it is no longer there. Who removed it, is unknown.) The only landmark and monument to what happened on a windy, rainy, and foggy Sunday morning in December of 1974 is the massive rock ledge that gutted the underbelly of the plane, leaving a debris field the size of 2 football fields.

The reports describing the scene of that day are gory and hard to handle. “Loudoun County Medical Examiner GEORGE HOCKER, describing the difficulty of finding and identifying the victims, said. “For about half of the bodies, you can recognize that it is a human. But with the rest of them, you’re just dealing with pieces.” (The Daily Times Salisbury Maryland 1974-12-02) 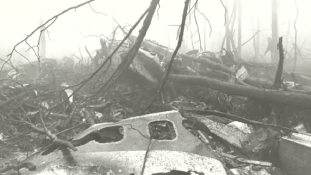 When Mike Biery mentioned the crash site to me I was interested in checking it out but it was only after I began to research the incident that I found there may be paranormal phenomenon occurring there, and my desire to investigate the location increased. Reports of unexplained lights being seen in the woods as well as voices drifting through the trees are scattered online.

Unique to the locations we typically investigate, this site poses a number of difficulties in the line of achieving a controlled environment. It is outdoors with acres of unsecured wooded terrain. Still, it was of interest to myself and the team so we scheduled an initial small-scale investigation of the property.

Friday, October 19, 2018 – We arrived on location well after dark. While there was a fair amount of light from the waxing moon, it was filtered by the treetops so we were functioning under low-light to no-light conditions. Weather: Low 60’s and windy. Investigators: Mike Biery, Michael Hoover, and Dawn Rogers.

(The video below highlights portions of our investigation for the purposes of documentation.)

Due to the amplified sound of high winds through the mic, there was no ‘credible’ audio data submitted.

Personal Experiences & Comments – Unexplained lights were seen in the woods by all three investigators on more than one experience during our investigation. There were also a number of voices audibly heard at different times throughout the night, again though, due to high winds, these voices were not able to be captured on audio equipment.

Overall, the vibe was quite palpable. The land carries an energetic reminder of the devastation it engulfed 44 years ago. For me personally, this was one of the hardest investigations I’ve been on due to the empathic connections I experienced. In the video below you will see that during our investigation we actually found pieces of the plane wreckage scattered through the trees. All places have some level of historical importance but finding those mangled pieces of metal and debris brought both moments in time into complete sync. The impact of TWA Flight 514 into the mountaintop, killing so many, was made all the more real when I was holding a piece of the destruction in my own hands.

“An interesting location, not like any other we’ve been on, that made you feel there…back in time while holding pieces of a plane that once held those people who then lost their lives in it.” -Michael Hoover

Despite the knowledge of loss and the energetic historical record imprinted on the location, there is a calm feeling present. While there does seem to be paranormal phenomenon happening here I would not call it ‘haunted’ by ghosts, rather haunted by the memory of a moment that stole countless lives…when they were almost home.

**The wreckage pieces that we found and dug up in the video that follows were left on the rock ledge. Before leaving the location a blessing and energetic clearing were performed.

By The Associated Press

The following list of passengers killed in the crash of a Trans World Airlines 727 in Upperville, Va., was released Monday by TWA. The airline was still trying to determine some complete names, ages, and hometowns.

It is possible that you may be interested in visiting this location as a result of viewing our case file. I will not say one way or the other whether you should or shouldn’t. I merely ask that if you do visit this site you go with respect in your heart. Remember what happened there and act accordingly. Lastly, keep your trash to yourself. Thank you!

**To view more pictures from our investigation visit our Facebook Page:

Paranormal Investigation. Complete case file can be viewed on our website